In this lesson, we will show how to use a Button Switch module to turn on/off an LED through Graphic programming for Arduino technology.

Both LED and Switch module will be connected to OSOYOO Magic I/O shield.   Here, “I/O” refers to the INPUT and OUTPUT.  OSOYOO Magic I/O Shield is an extension board which can help use to easily connect sensors, actuators and Robot car control ports to OSOYOO Basic Board for Arduino I/O pins.

We will  plug LED module into D8 port of the shield and plug Switch module to D2 port on the shield. We will tell OSOYOO Basic Board for Arduino D8 will be an OUTPUT port which  will send out signal to control LED.   D2 is an INPUT port which gets input   signal from Switch button. 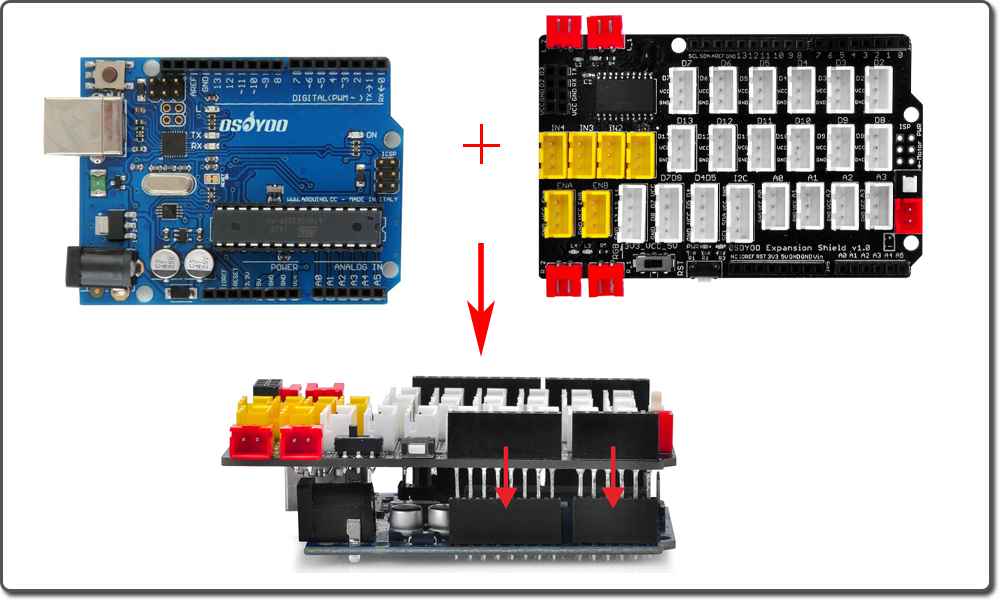 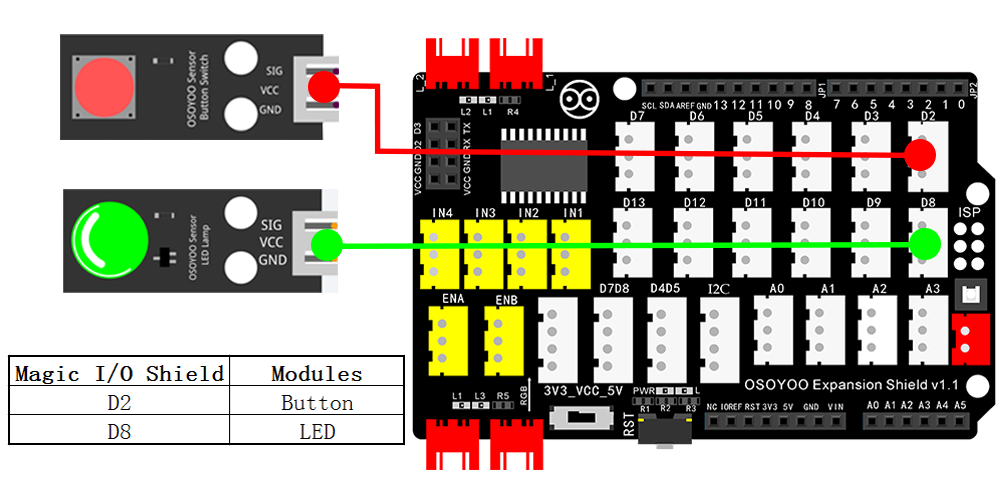 After above circuit installation is completed, connect the OSOYOO Basic Board for Arduino to your computer using the USB cable. The green power LED (labelled PWR) will turn on.
We have learnt how to make an LED blink in last lesson. So in this one we will add a button to control the LED on/off.
First, we need to declare a variable to show the Buttons state. Drag out a Declare block in Variables category. 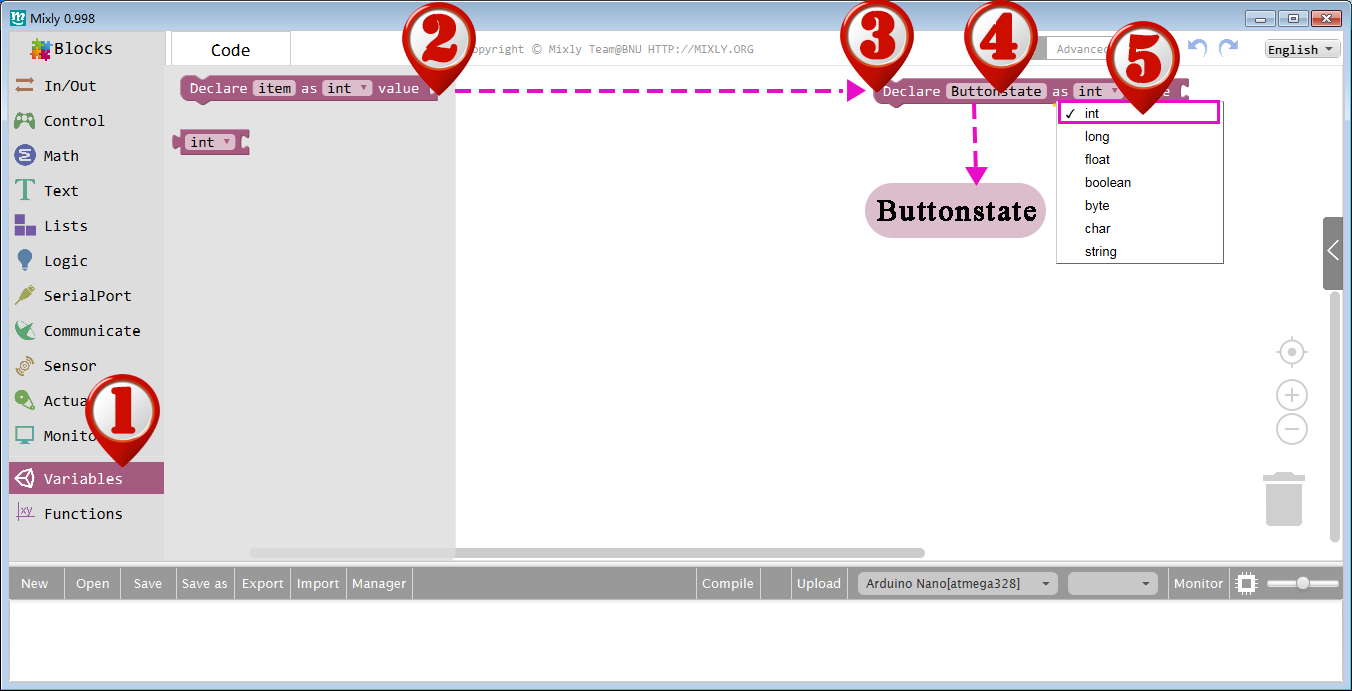 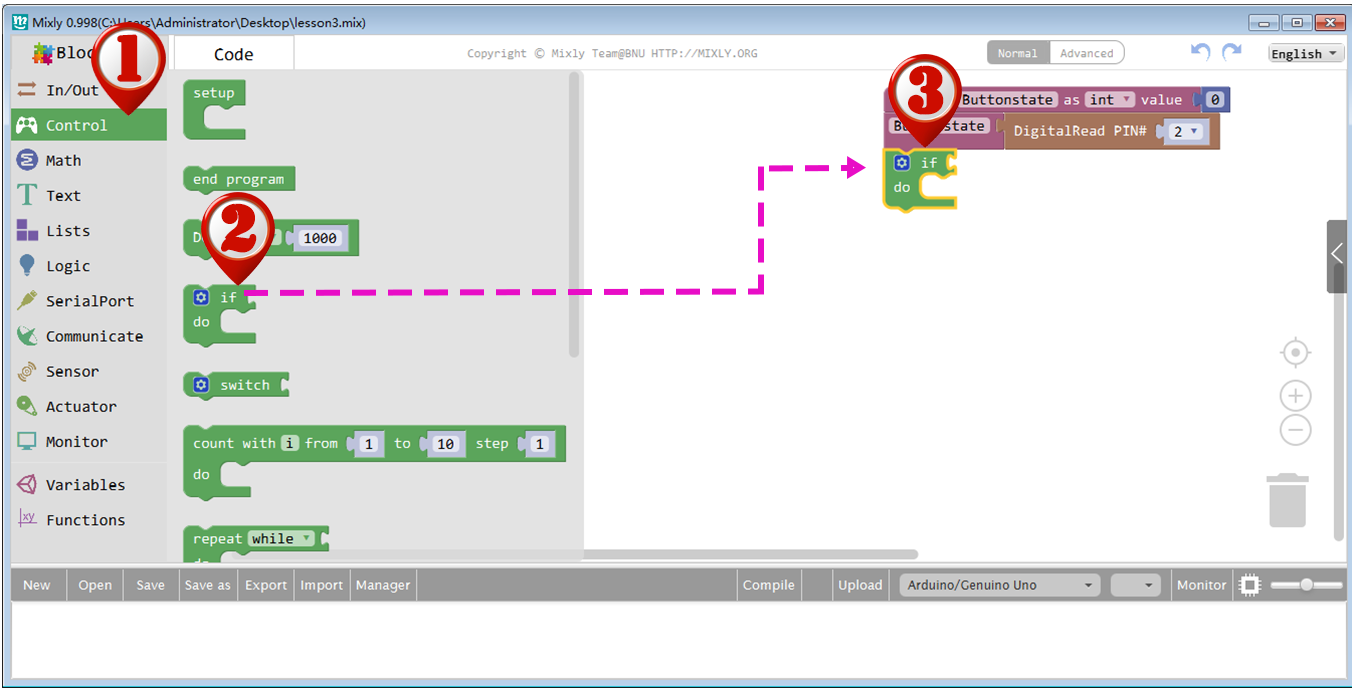 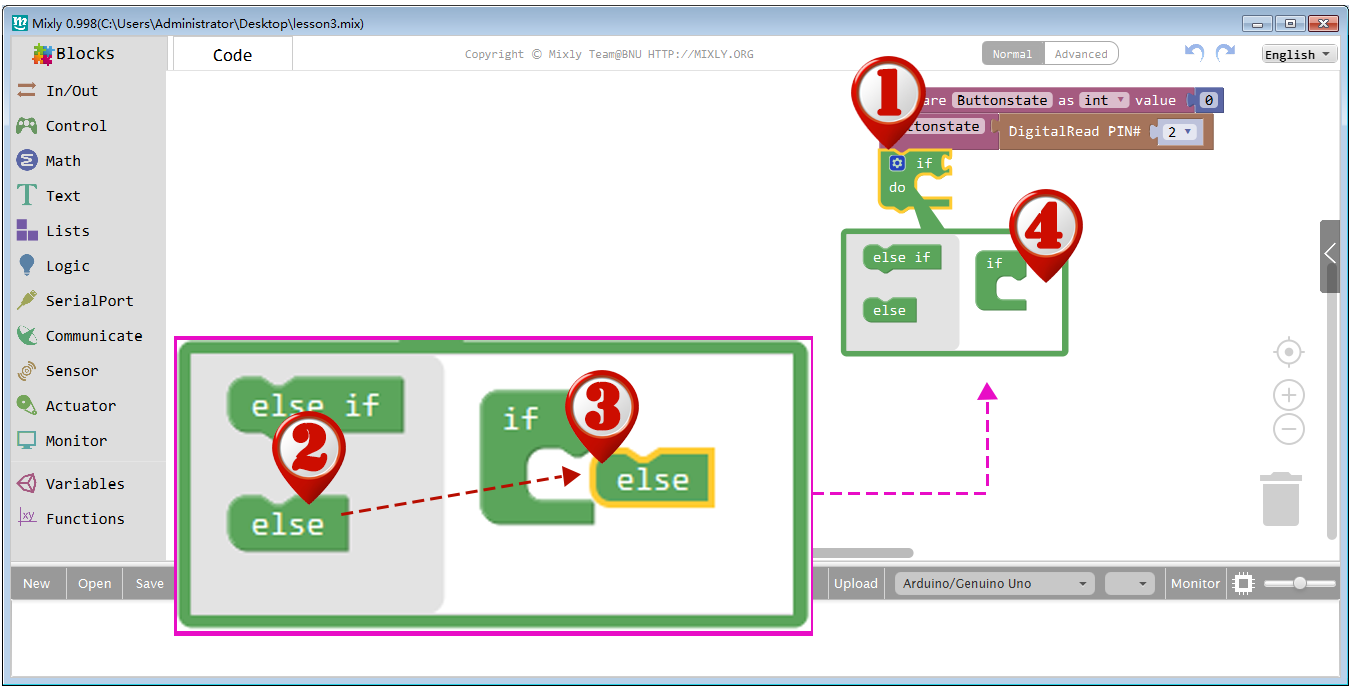 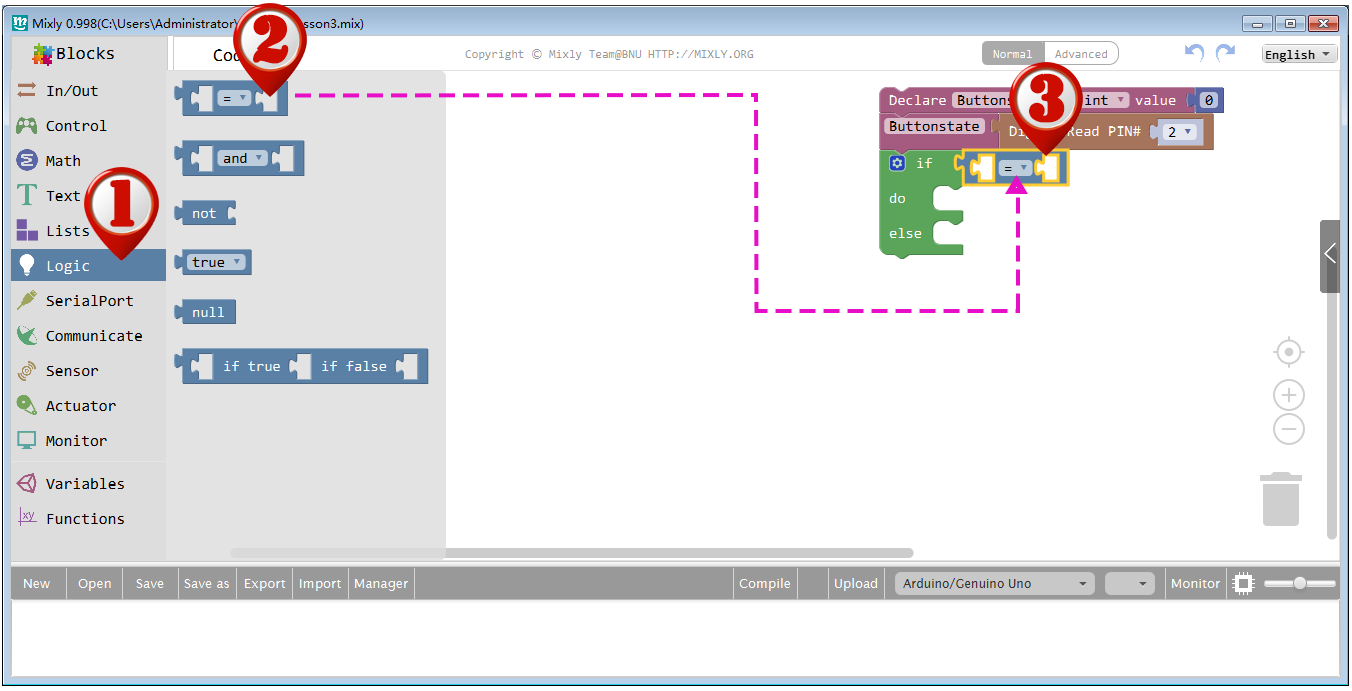 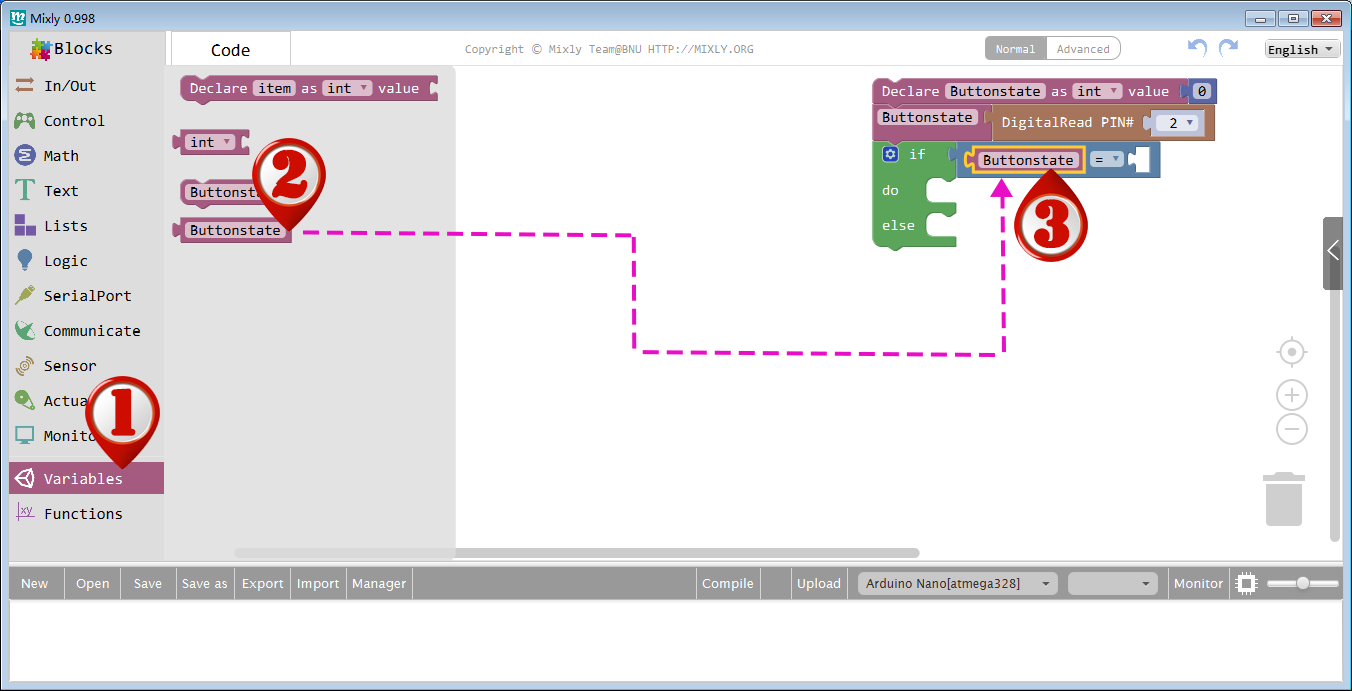 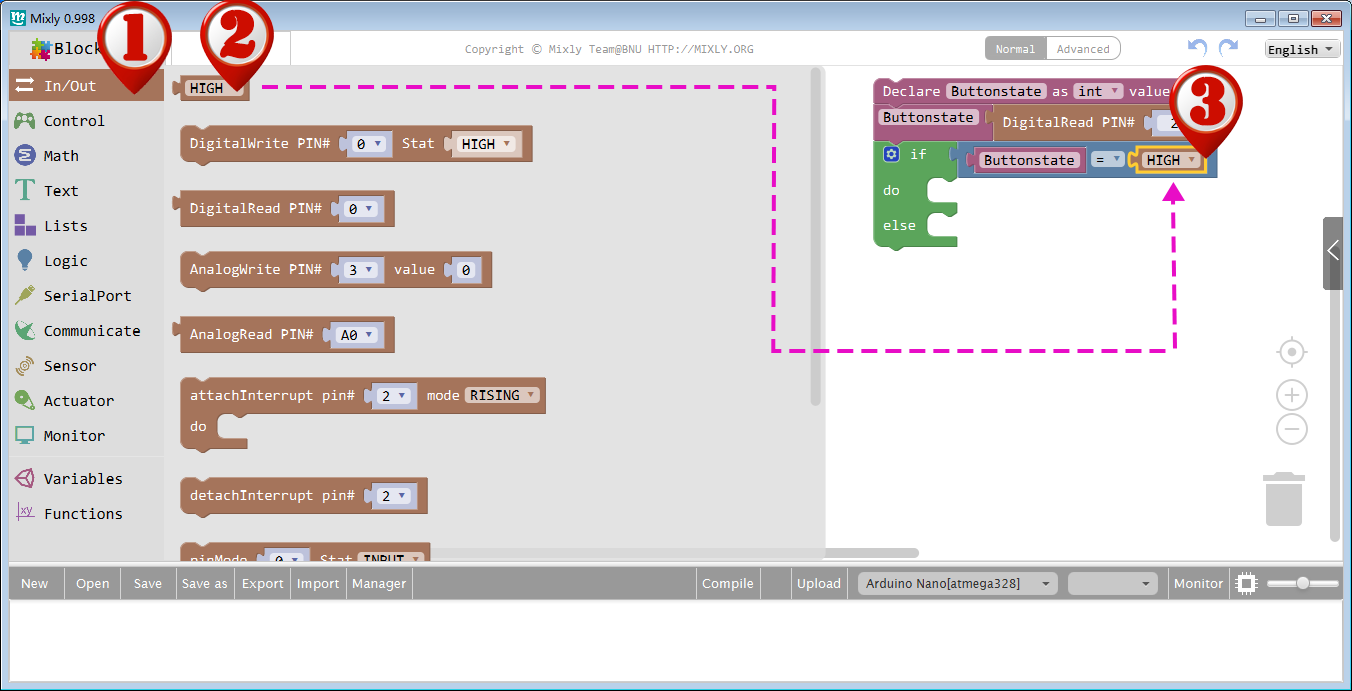 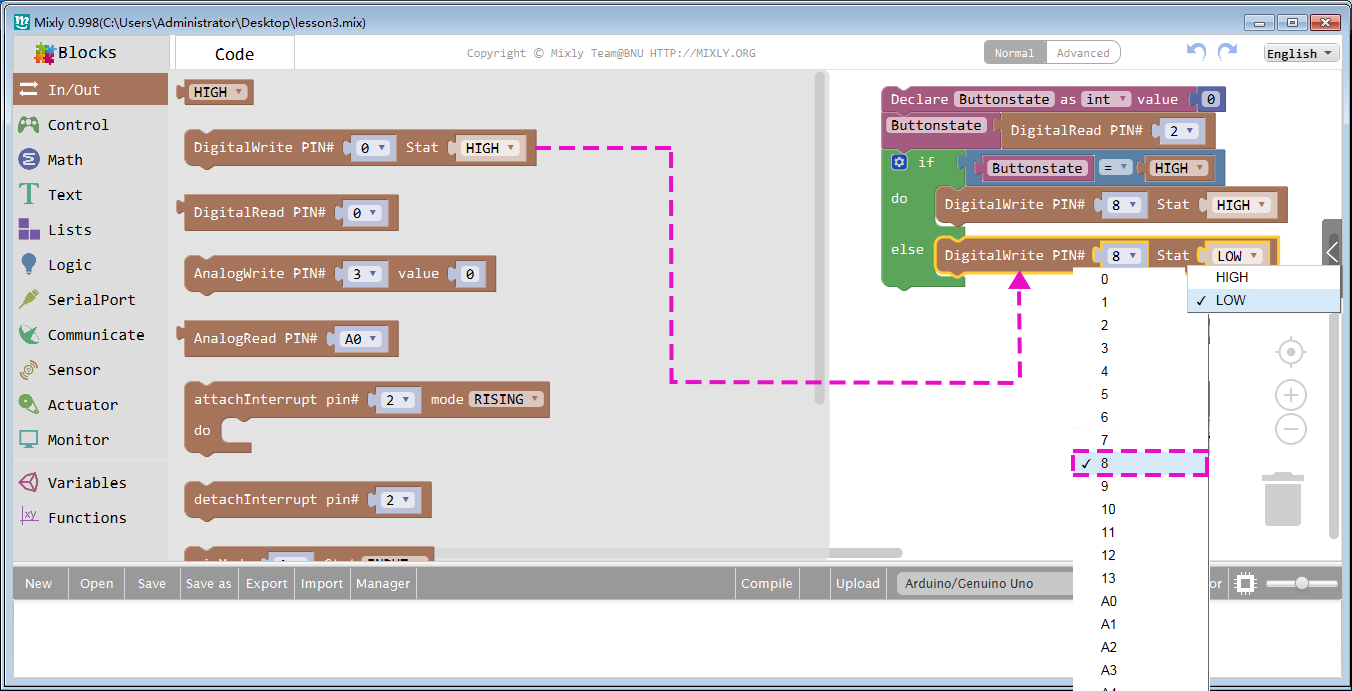 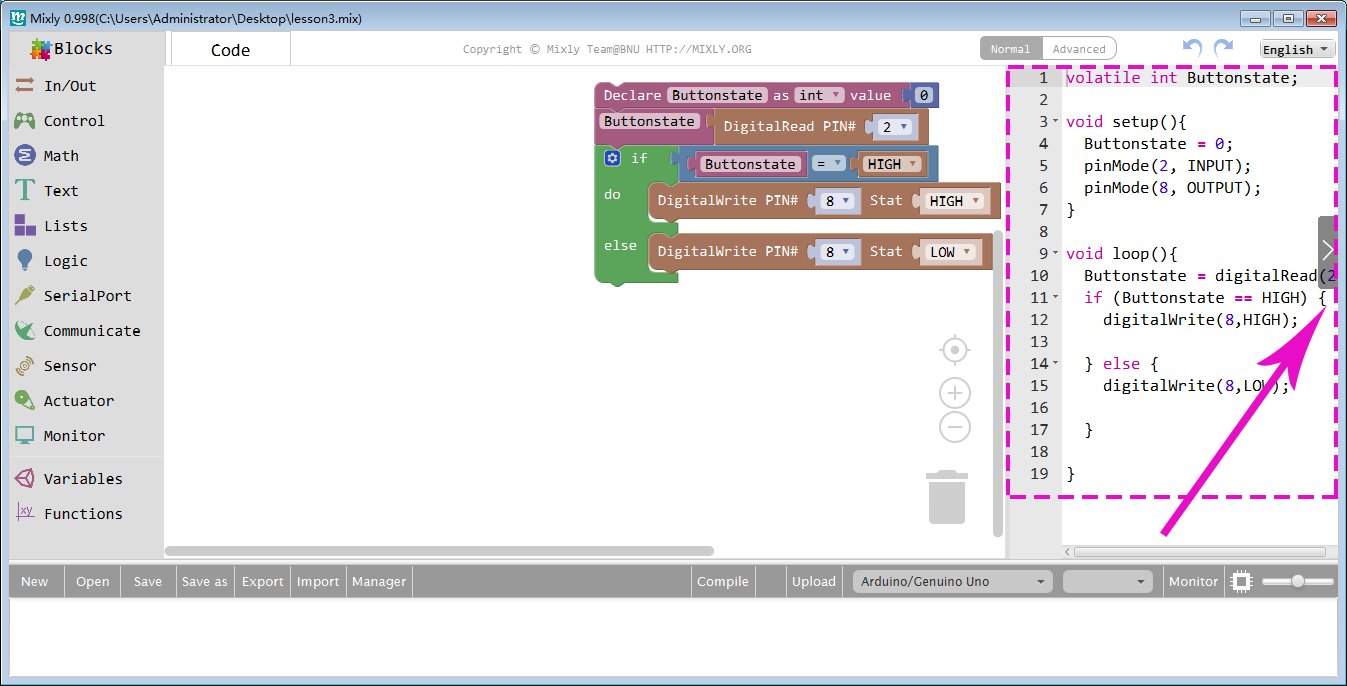 To add LED sensors and buttons to this project, use the same logic as this program. When you press the button switch, one or two LEDs will light up. When you release the switch, the LED turns off.