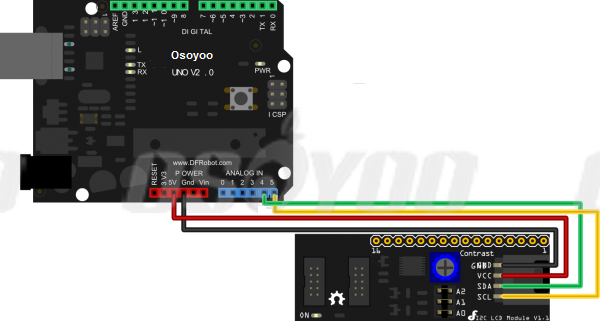 If your OSOYOO Basic board is an Uno, the I2C connections are on SDA=A4 and SCL=A5. So go ahead and wire these up, along with the two power leads to the 5V and GND terminals.