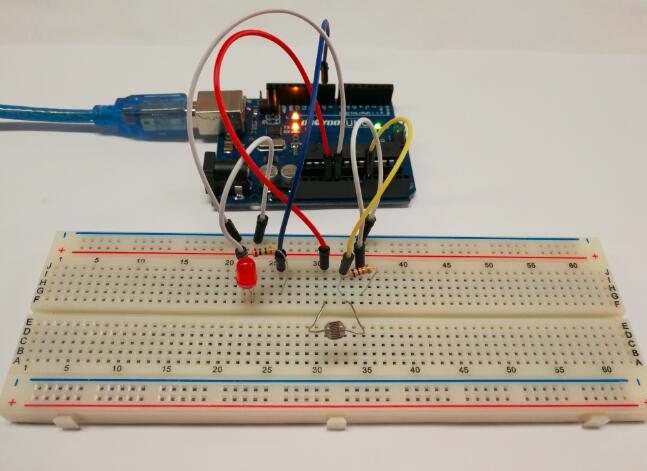 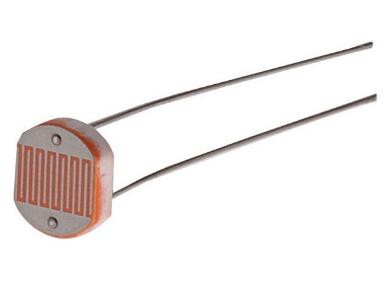 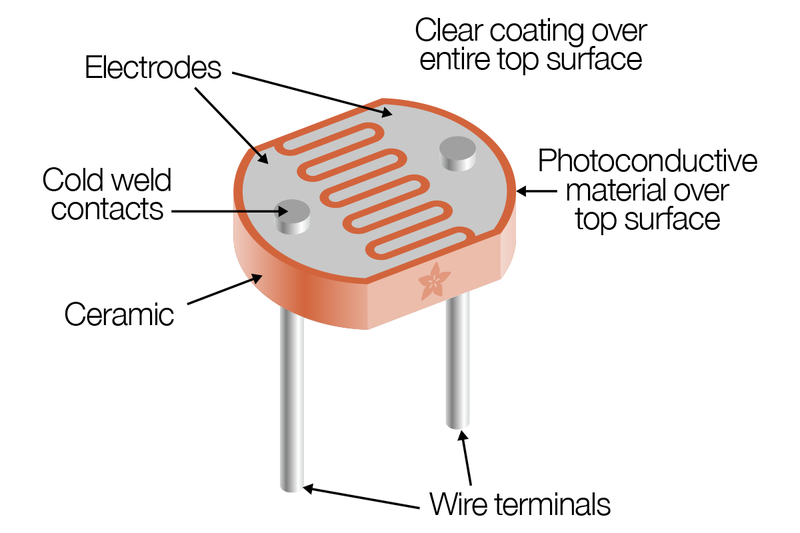 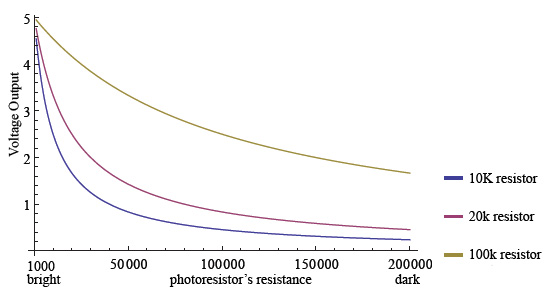 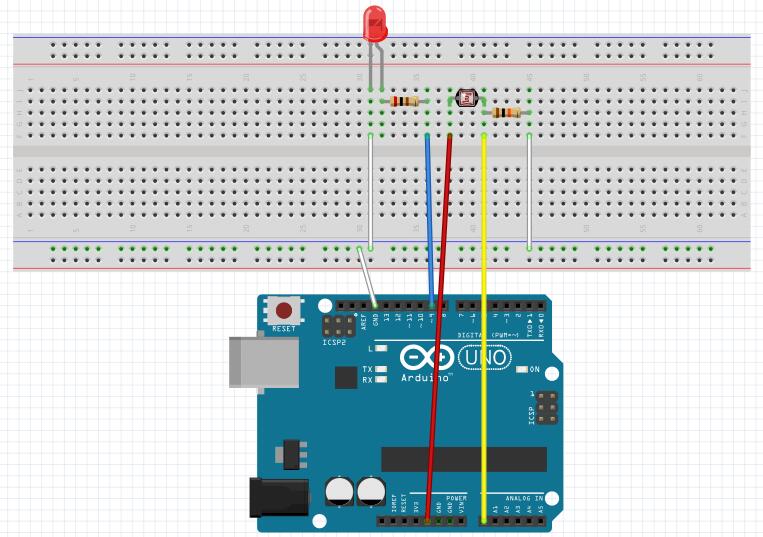 In this experiment, we will connect a photoresistor to an Arduino analog input and read the value with the analogRead() function. Depending on the value the Arduino reads, the program will then set pin 9 HIGH or LOW to turn on or turn off the LED night lights. The threshold value is 512. When the analog value read is less than 512, the Arduino will turn the LEDs on. When the analog value it reads is more than 512, the Arduino will turn the LEDs off. 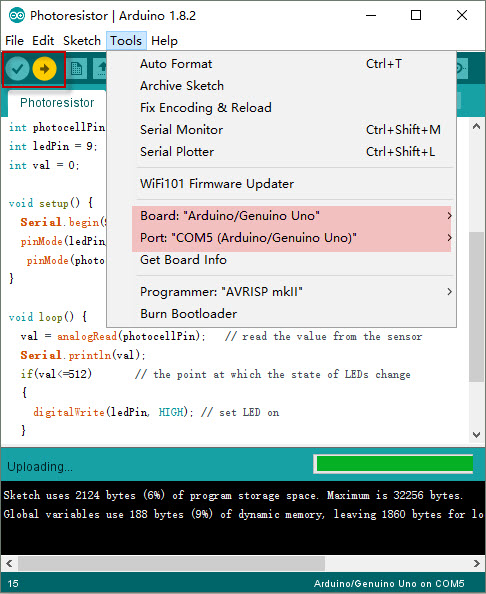 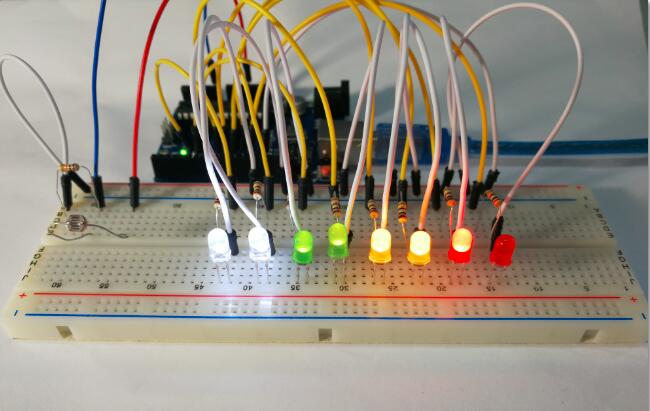 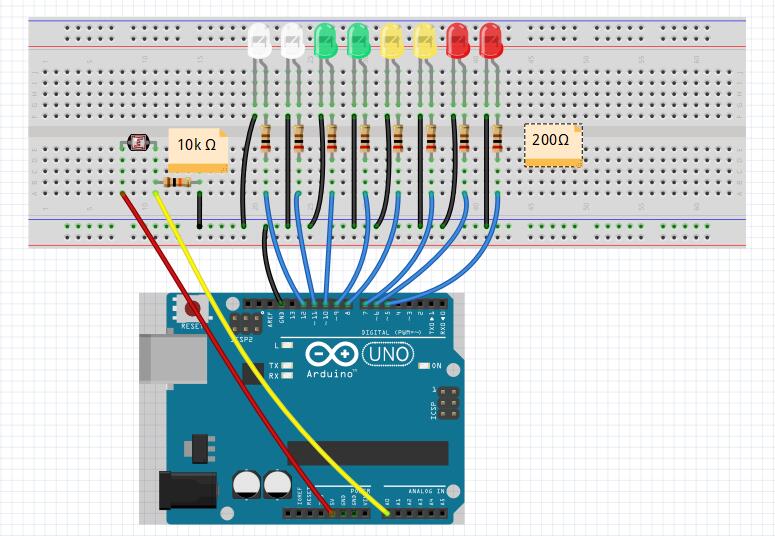 Step 4: Upload the sketch to the Osoyoo Uno board