HOW DO RGB LEDS WORK? 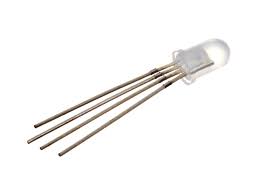 HOW TO CREATE DIFFERENT COLORS?

In this experiment, we will also use PWM which, if you’ve followed the lessons thus far, you already have a basic understanding of. Here we input a value between 0 and 255 to the three pins of the RGB LED to make it display different colors. 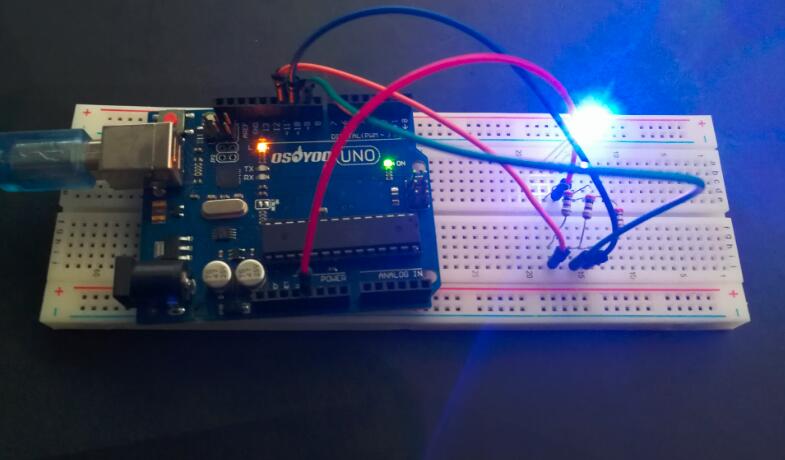 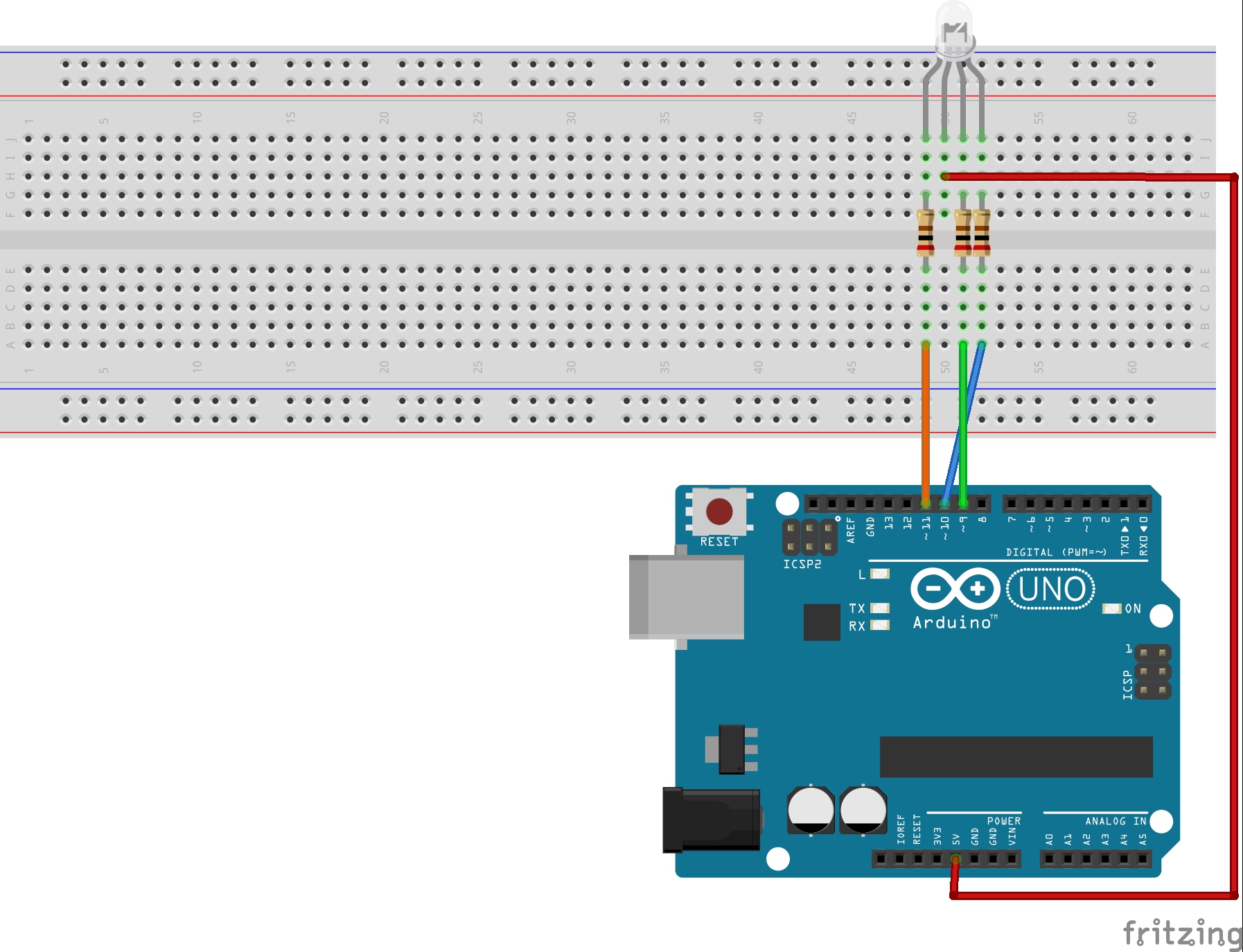 Each LED inside the package requires its own 200Ω resistor to prevent too much current flowing through it. The three positive leads of the LEDs (one red, one green and one blue) are connected to Arduino output pins using these resistors.

After above operations are completed, connect the Arduino board to your computer using the USB cable. The green power LED (labelled PWR) should go on.Open the Mixly and choose corresponding board type and port type for you project.

First we should build the user-defined function. Click the first block in Functions.

Click the setting icon, edit and drag red, green, and blue three char-type variables into the inputsblock on the right side.

again to fold the sub-block, modify the name of the function-better with clear indicatithus here change”procedure”to”color.

Drag out three Analog Write blocks inIn/Out. Then set pin 11 connected to RGB LEDS red pin, pi0 to green, while pin 9to blue. You can find those blocks in Variables.

Right-click on the bulk, and click Collapse Block to fold it if it,’s too long.

Then, drag out a setup block and three pinMode blocks in In/Out, and setup 9~11 as output.

To build a loop function, drag out the fourth block do color with in Functions 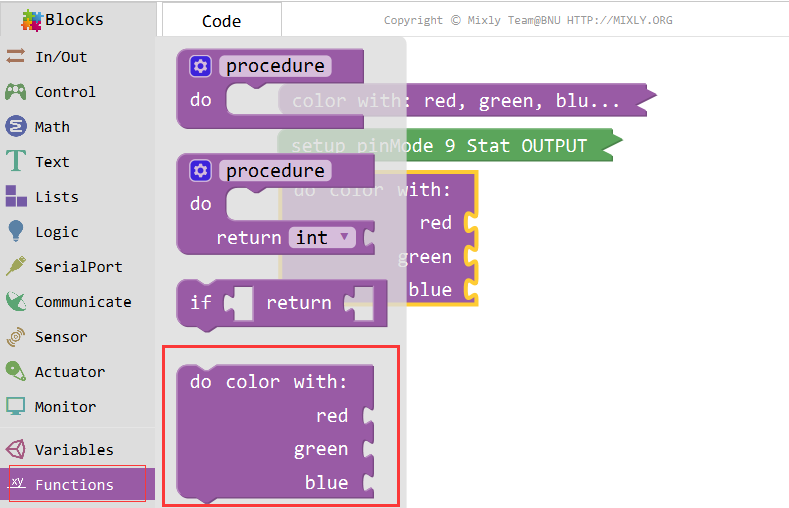 Drag out the first block in Math three times and add them behind. Change the values of red, giand blue(that is to change the brightness value of R, G, and B respectively) to get various mixedcolors for the RGB LED.

Set the values for three as follows,

Add a Delay block of 1000ms, to keep one color value for 1s before changing into another.

Combine different brightness values of R, G, and B, so we can get various mixed colors. You can setthe values as shown below(ranging from 0 to 255).

You can fold the bulks if they are too long. Then upload the program.

A few seconds after the upload finishes, you should see the RGB LED flash circularly red, green, and blue first, then the RGB LED will display the corresponding color of the RGB value you added later.