As a type of electronic buzzer with integrated structure, buzzers, which are supplied by DC power, are widely used in computers, printers, photocopiers, alarms, electronic toys, automotive electronic devices, telephones, timers and other electronic products for voice devices. Buzzers can be categorized as active and passive ones (see the following picture). Turn the pins of two buzzers face up, and the one with a green circuit board is a passive buzzer, while the other enclosed with a black tape is an active one.

The difference between an active buzzer and a passive buzzer is:

The active buzzer has built-in oscillating source, so it will beep as long as it is electrified, but it can only beep with a fixed frequency.

And if you don’t have a black and red terminal at the buzzer you have then simply there will be two terminal called +ve and -ve or just for generalization big and small then connect your big pin to PIN0 of micro:bit and small to GND of micro:bit.like this 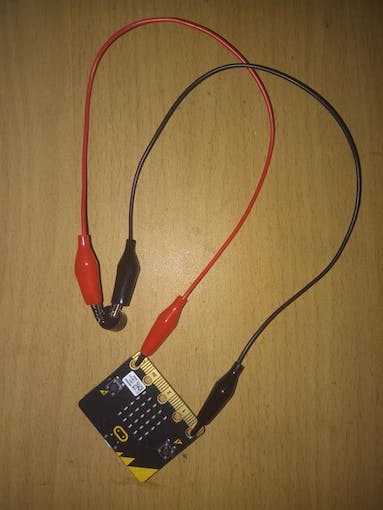 Run Your Script on the Makecode 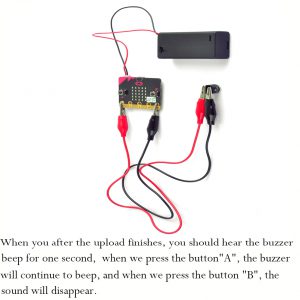