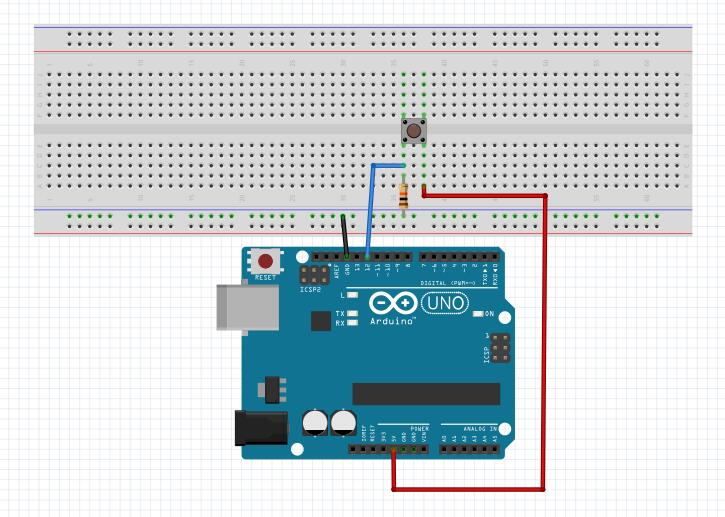 We have learnt how to make an LED blink in last lesson. So in this one we will add a button to controlthe LED on/off.First, we need to declare a variable to show the Buttons state. Drag out a Declare block in Variablescat.

To assign 0 to Buttonstate initially, drag out the first block in Math, and add it behind the Buttonstate. The number in the slot can be changed, here we set it as 0.

Click Variables again, and you can see there are the corresponding input and output blocks whichcan be used in later part.

To read the state of buttonstate, drat an input block in Variables

Drag out a digital Read block in the In/Out category and add it behind the buttonstate(input), toead the pin’s state value and assign it to buttonstate Here the button is connectedwere reading the state of pin 12, meaning using the variable buttonstate to represent the pins state.

Add an if do block in Control under button State. If a value is true. thent block of thestatement. Otherwise. run the second block.

If we need an else sub-block, just click the setting icon beside if: 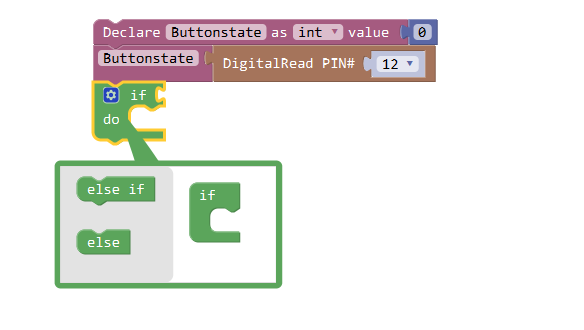 Drag the else into the right if block, you can see it become if_do_else block, 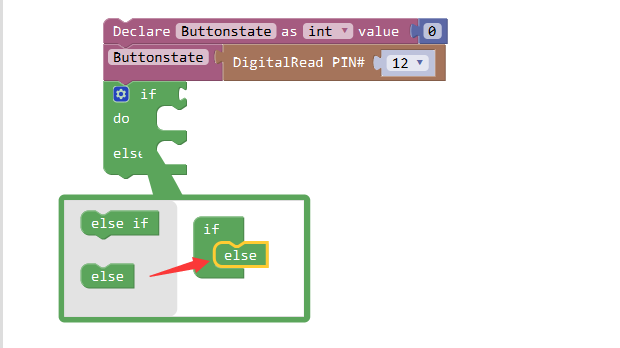 Next, we should add the condition of if, that is buttonstate==High- find the block in Logic.

Drag out the Buttonstate(output) in Variables, and drop it to the first slot.

Drag out the first block in In/Out, and placele second slot. Now, the if statement is completed.

If the condition is met, set the LED at pin 13 to high, namely to light up the LED.

The whole program is as above. You can check the code on the right bar.

Click Save after all the programming is done. Select the board type and serial port before uploading.

Now, press the button, and the LED on the OSOYOO Uno board will light up. When the switch is released, the LED goes out.

Here’s a simpler way to program: Complete the connection according to the above operation, , set the corresponding board type and port type in the software, then upload the following code.

Scientists, one of the most valuable quality is always maintained in this world childlike curiosity, to explore the vision, constantly pioneering and enterprising city