In this lesson, we will use a potentiometer module to control the light brightness of LED module. Both modules are connected to Osoyoo Magic I/O board for Arduino.

Then connect the Potentiometer module to the A9 port of the Magic I/O shield with a 3-pin PNP cable as below: 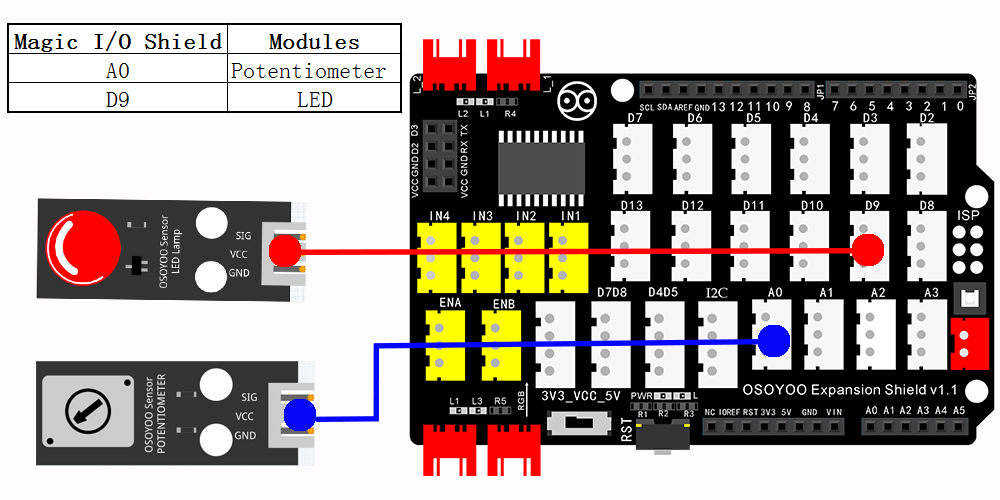 After above operations are completed, connect the OSOYOO Basic Board to your computer using the USB cable. The green power LED (labelled PWR) should go on.

The circuit of this part is same as above.You can get the sketch from this link or copy below code to your new Arduino IDE window and upload it to your OSOYOO Basic Board . Don’t forget to choose the corresponding board and port for you project!

Open the Arduino IDE and select corresponding board type and port type for your OSOYOO Basic Board . 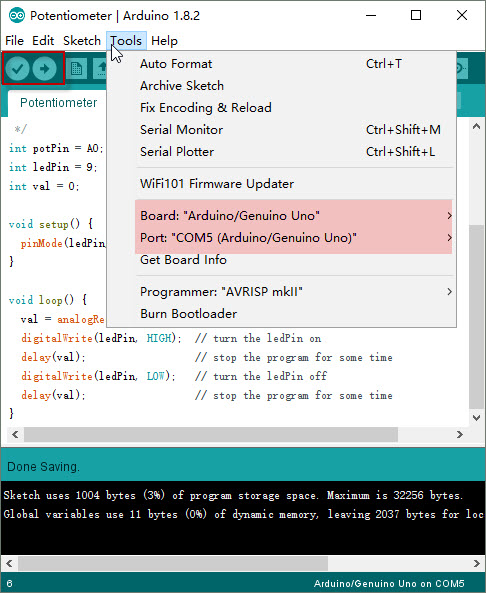 As you see, the potentiometer is connected to pin A0 of the OSOYOO Basic Board , which can measure voltages from 0V to 5V. The corresponding returned value is from 0 to 1024. The measurement accuracy for voltage change is relatively high.