Smart home is an intelligent place which can  assist the residents to live independently and comfortably with the help of modern technology.  In a smart home, all the mechanical and digital devices are connected with each other  and can be controlled by computer through the internet.

In this capstone project, we will   build a comprehensive smart home project  using many different parts inside OSOYOO Smart Home IoT kit.

First, please plug OSOYOO MEGA-IoT Extension Board into MEGA2560 board: 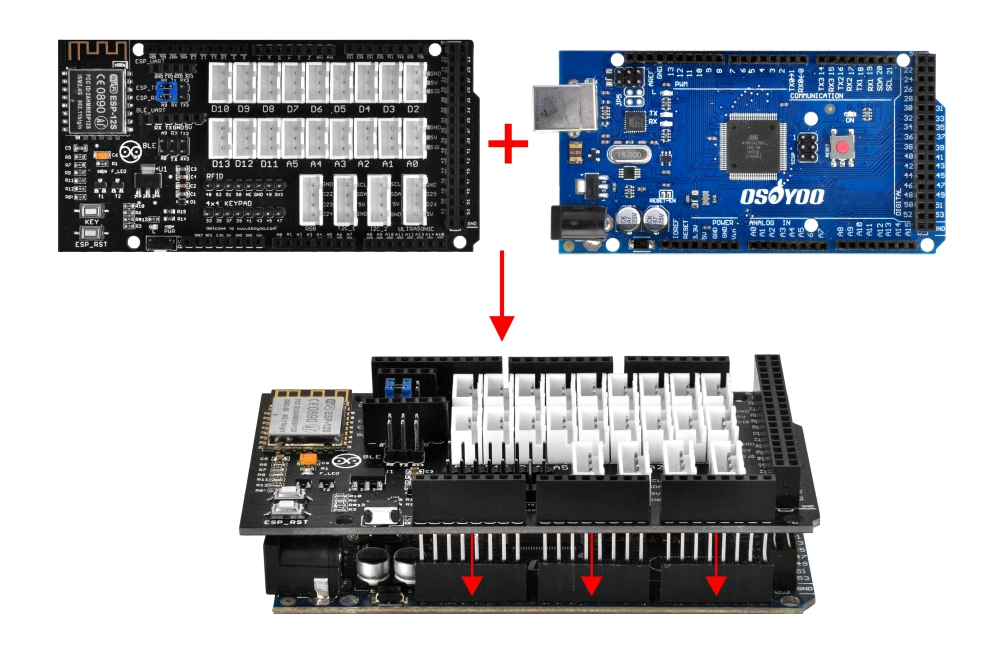 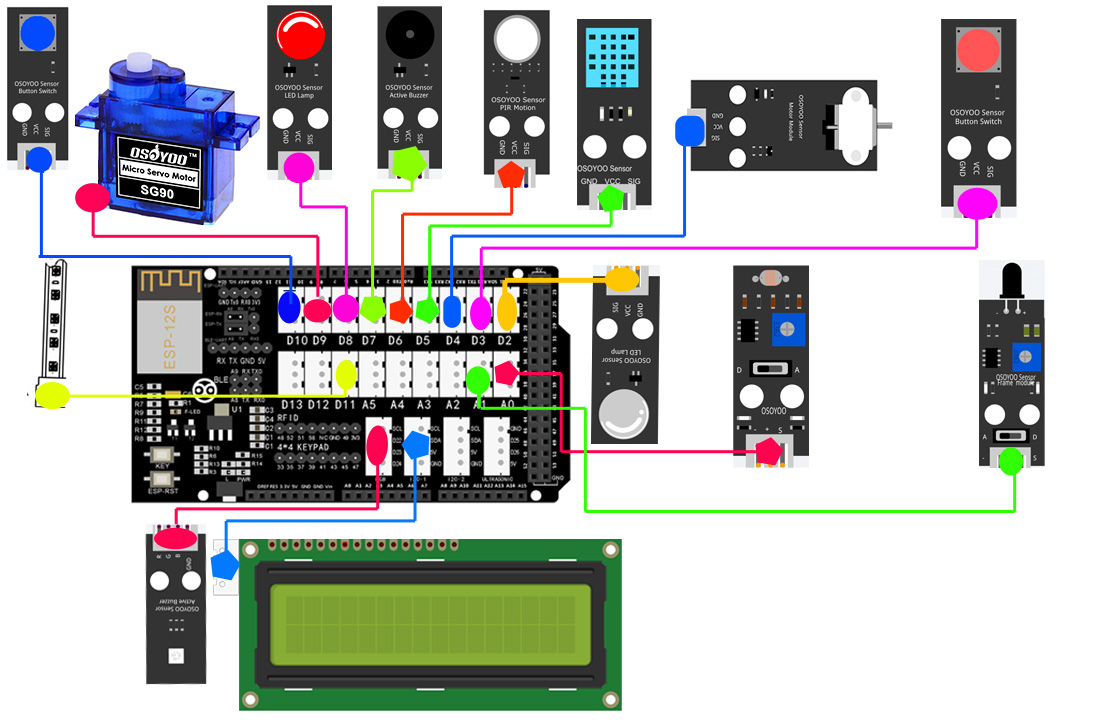 Step 1 Download the code from following link, unzip it:
https://osoyoo.com/driver/smart-home-v2-udp/comprehensive.zip

Step 2 After above operations are completed, connect OSOYOO MEGA2560 Board to PC with USB cable.

Notice: Shut off your battery or unplug your power adapter when upload sketch code to Arduino. 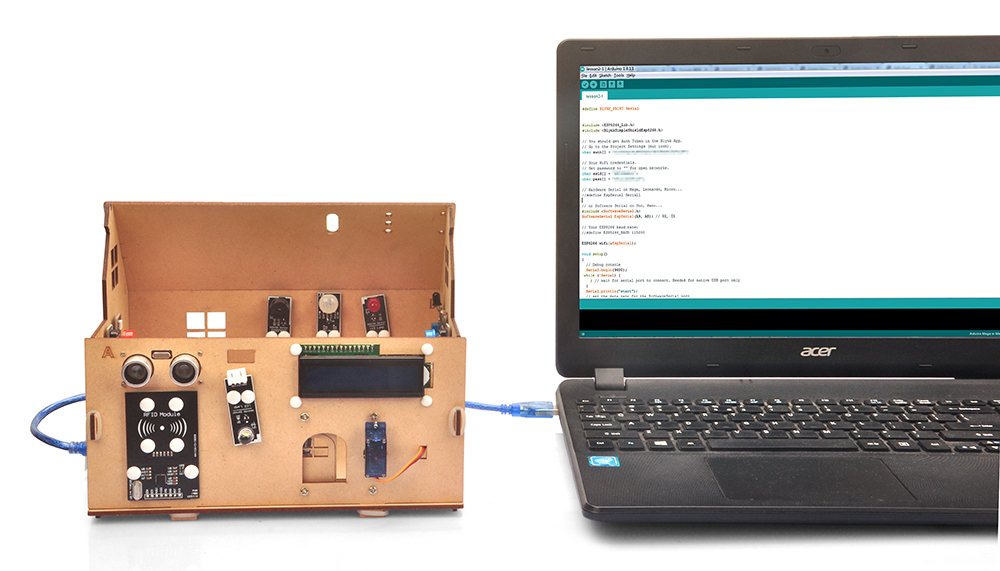 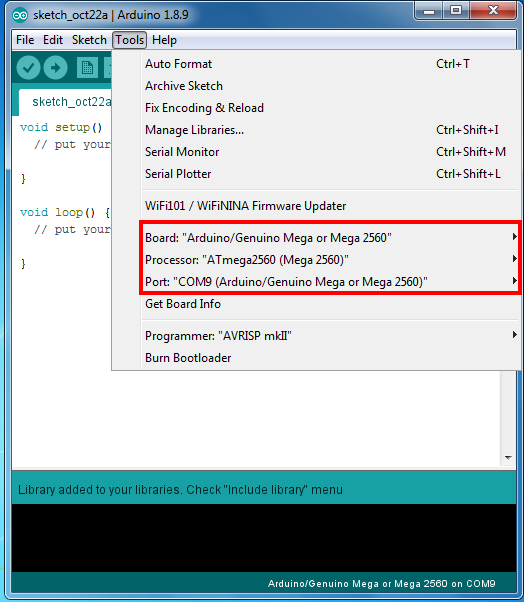 Step 4  Arduino IDE:  Click file – Open, then choose code in the folder, load up the  sketch onto your Arduino. 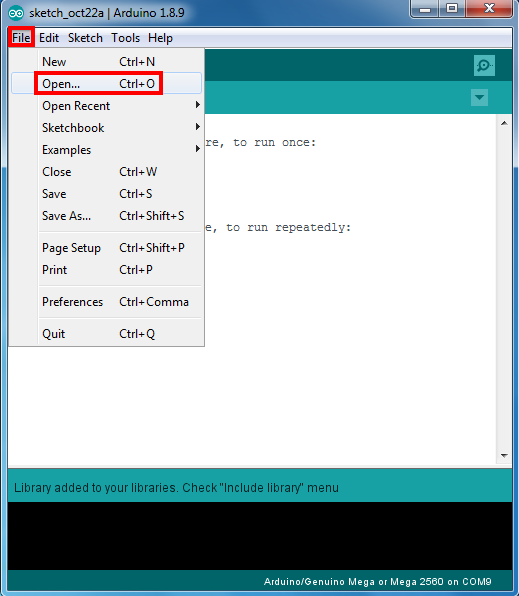 You need to edit the code as following:

Upload the sketch to the board. Wait until you see something like this:

Now open Serial monitor in the upper right corner, you should see your Arduino IP address and Port number as following:

Step 2):Make sure your Cell phone is in the same Local Network of Arduino. Open the APP, click Settings, enter your Arduino IP address from Step F and Port to 8888 in settings: 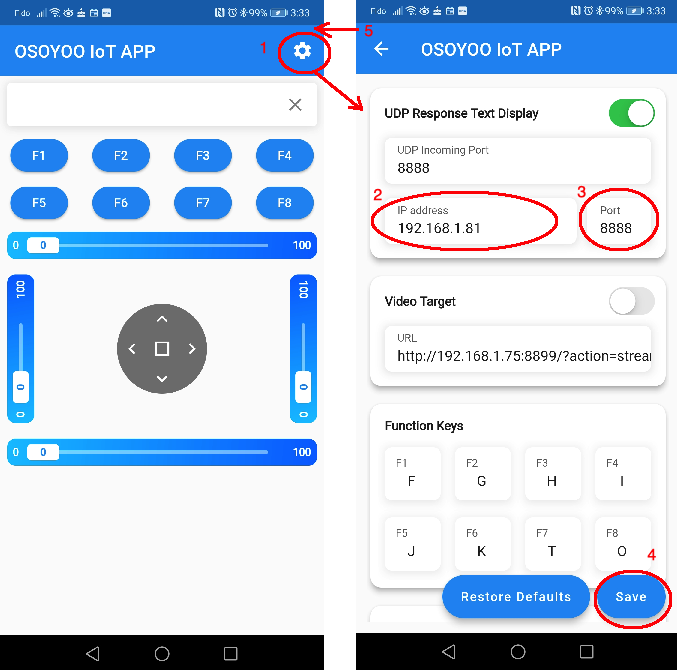 This functions of this capstone projects:

1)After Starting the Arduino, you will see the Arduino IP address in LCD for two seconds, then LCD will display Temperature and Humidity data which are read from DHT11 sensor.
RGB module color at the beginning is GREEN which means no alert.

2)Automatic Light
When environment is darker than some pre-defined value(enable_led in line 39), Arduino will turn on light(WHITE LED in D2)

3)Flame detect and alert
If flame sensor data in A1 is lower than some pre-defined value (flame_alert in line 38), it means flame is detected, then Arduino will trig buzzer alert and send Flame message to LCD and cell phone APP. Also the RGB color will change to RED!

5)Manually stop intruder and flame alert
You can press Blue button in D10 or Press F1 key in APP to stop buzzer beep and remove alert message in LCD and APP.

6)Using APP to open the Door
You can press F8 key to rotate the servo in D9  and open the door. The Red LED in D8 will turn on when door is open. After 2 seconds , the door will automatically close and red LED will turn off.