The RGB color model is an additive color model in which red, green and blue light are added together in various ways to reproduce a broad array of colors. The name of the model comes from the initials of the three additive primary colors, red, green and blue. In this lesson, we will show how to use a RGB (Red Green Blue) LED with an OSOYOO Basic Board for Arduino. 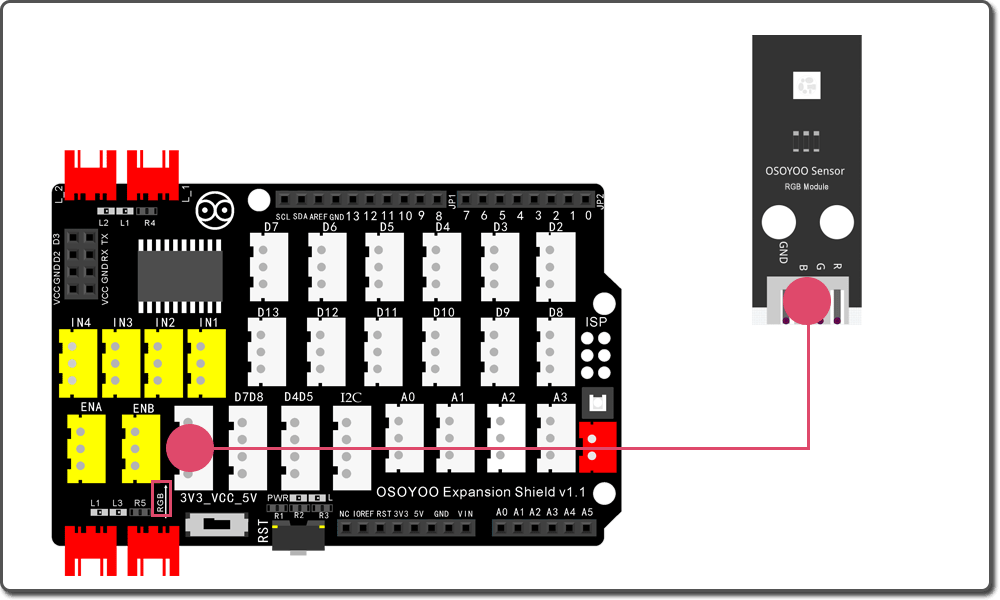 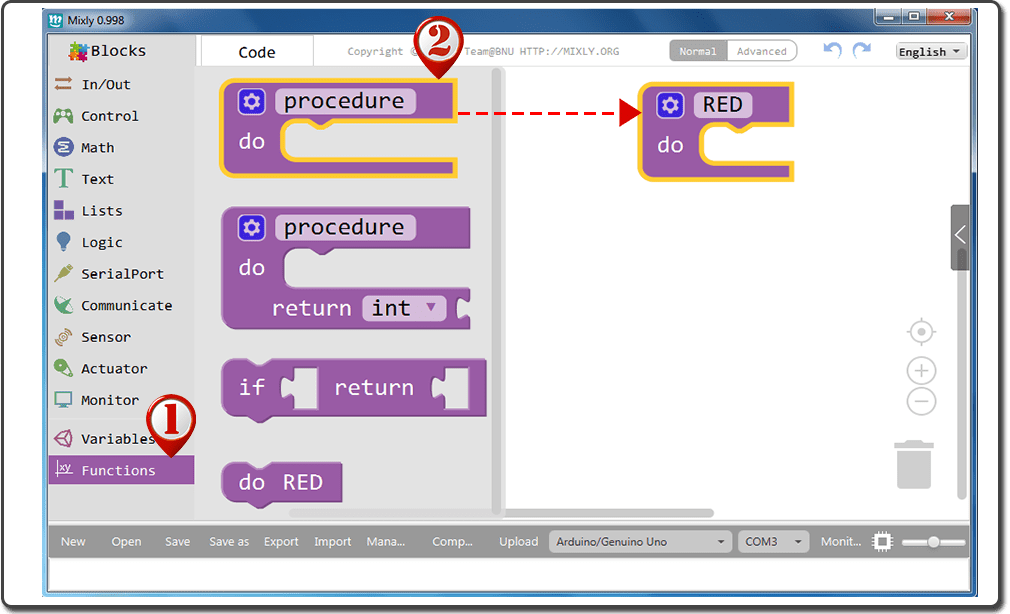 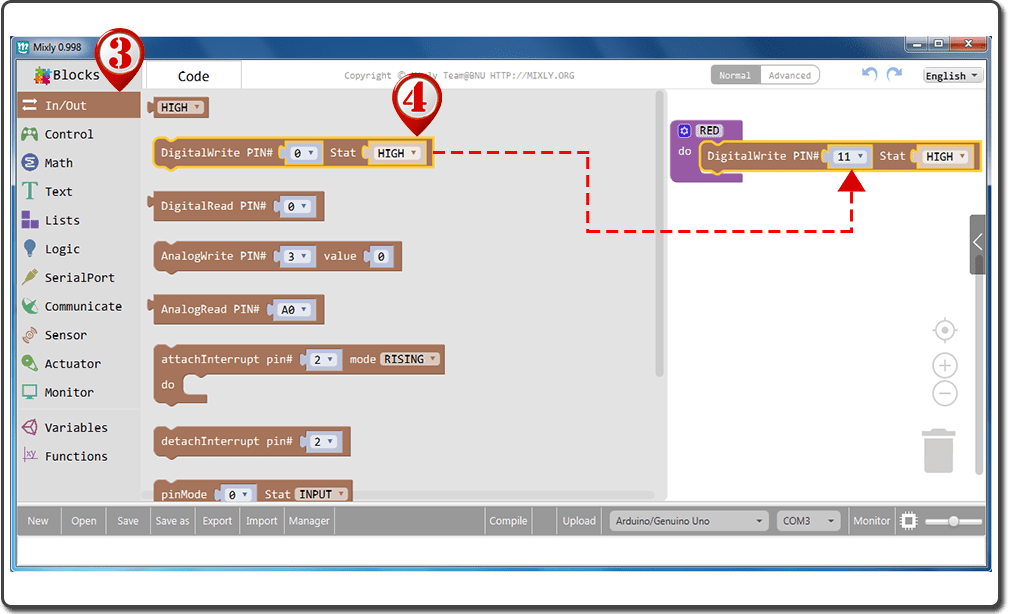 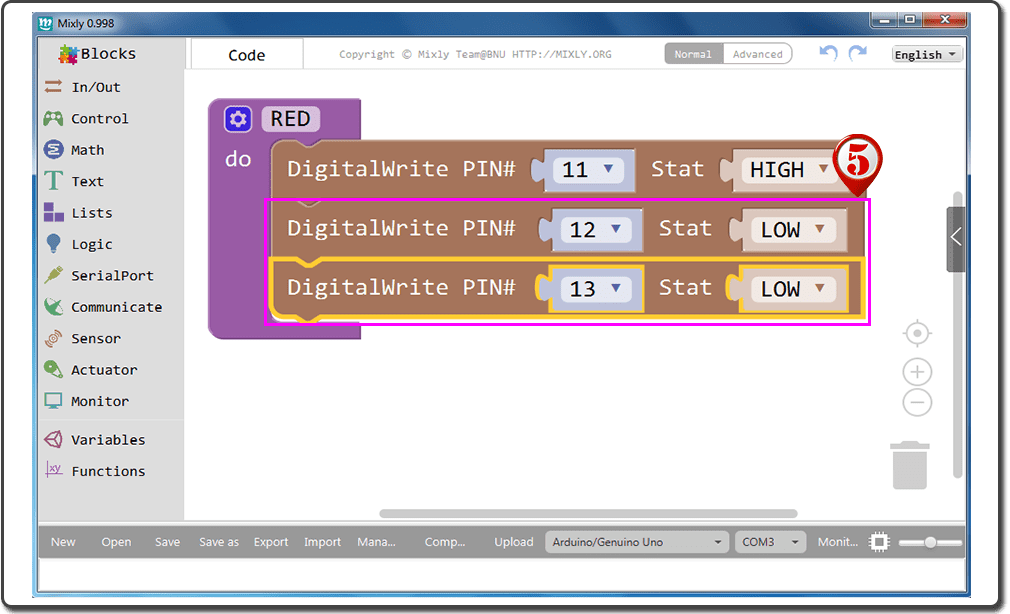 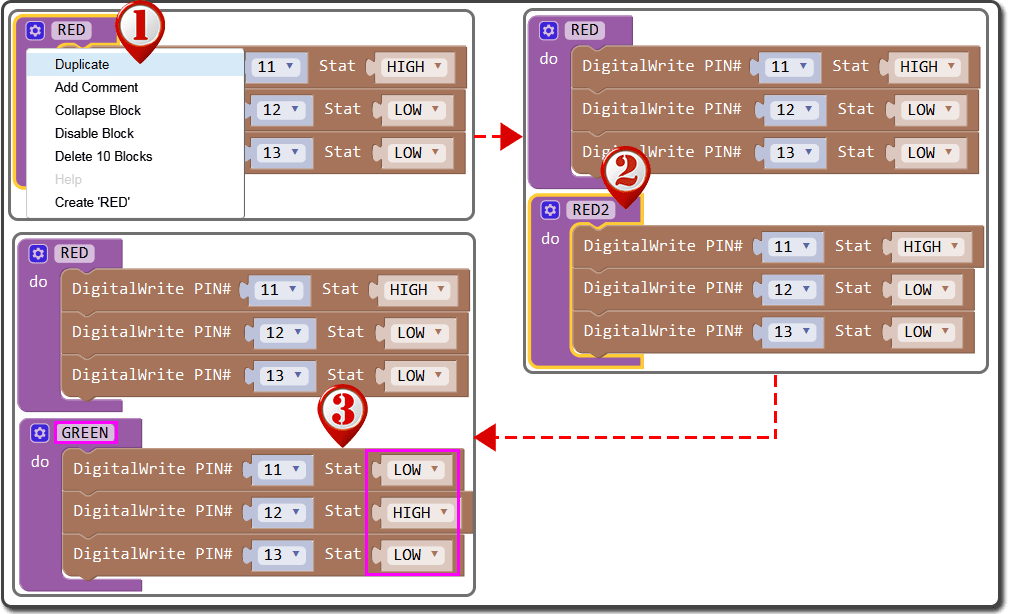 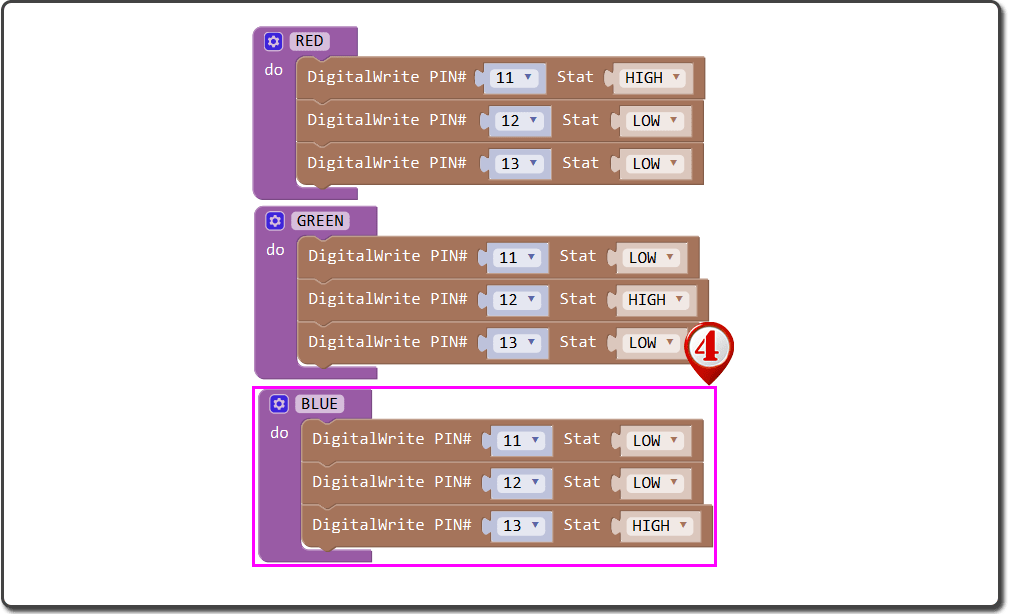 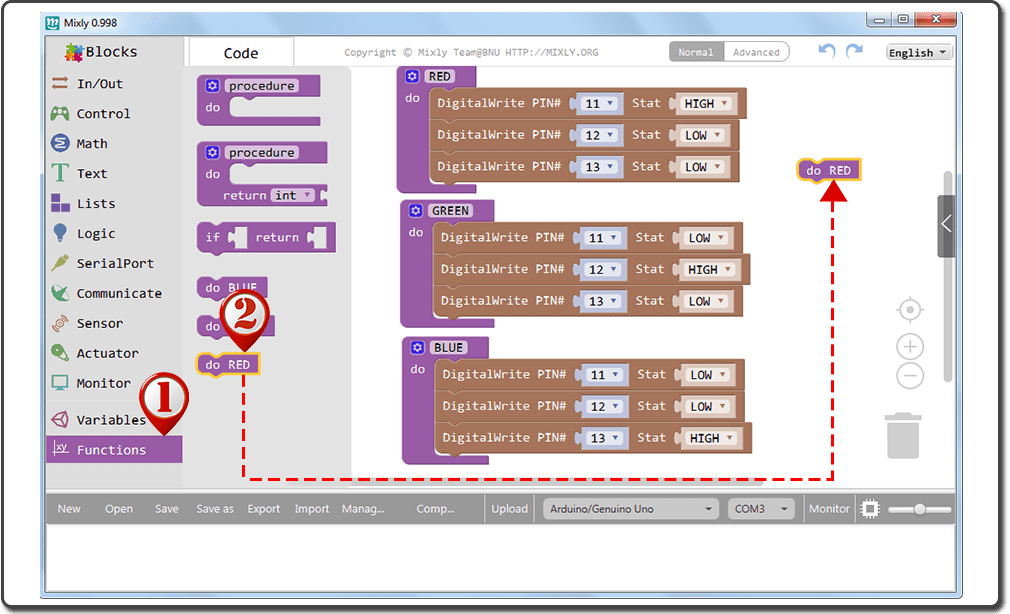 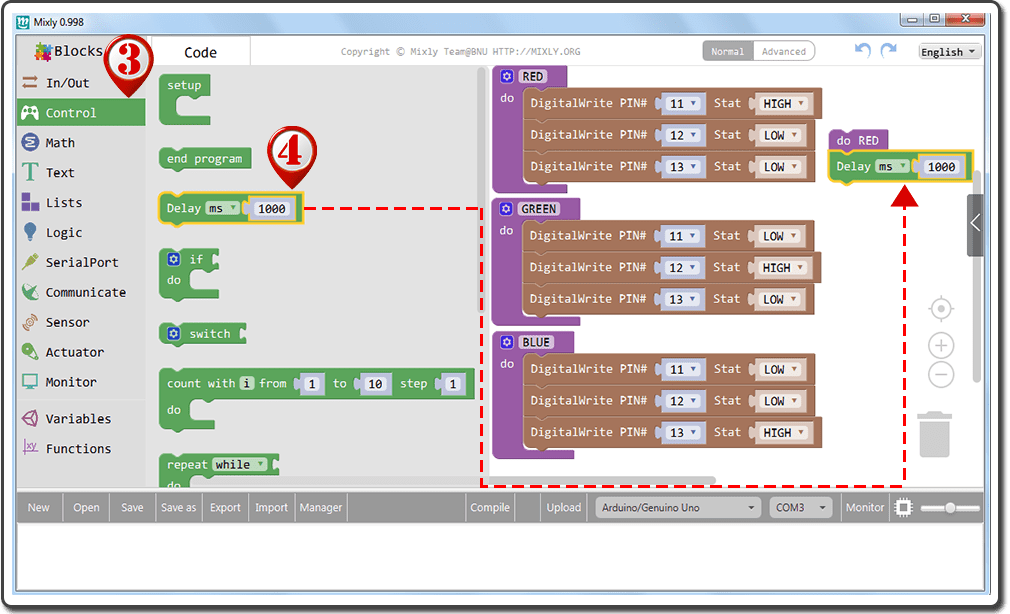 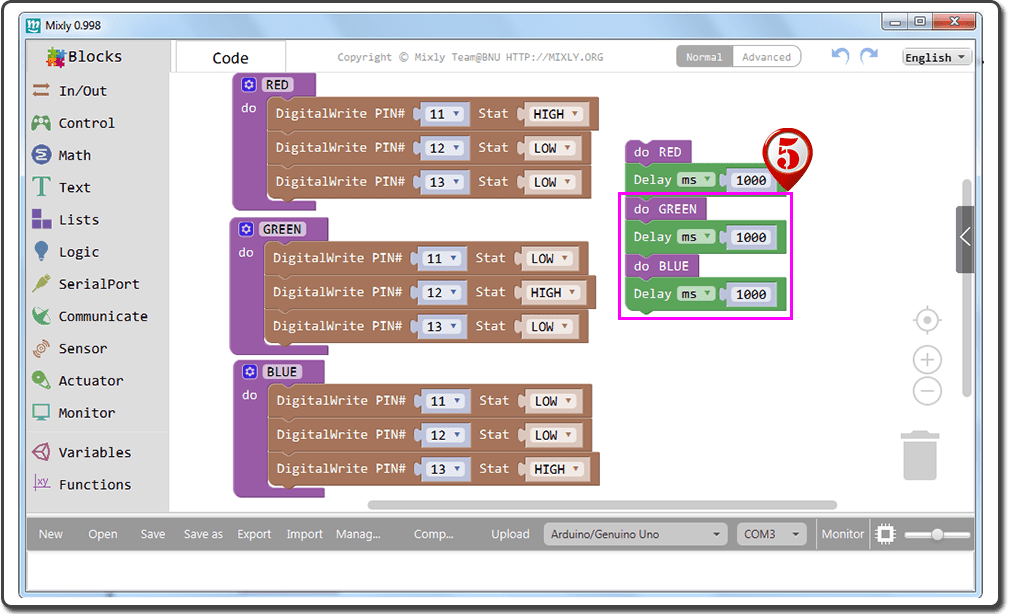 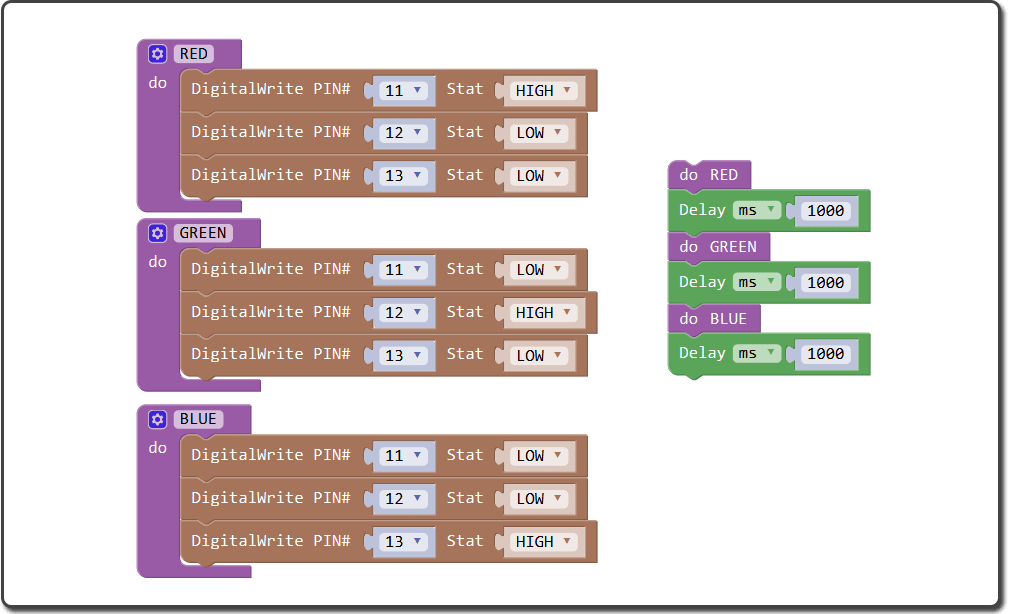 After above operations are completed, do as following: 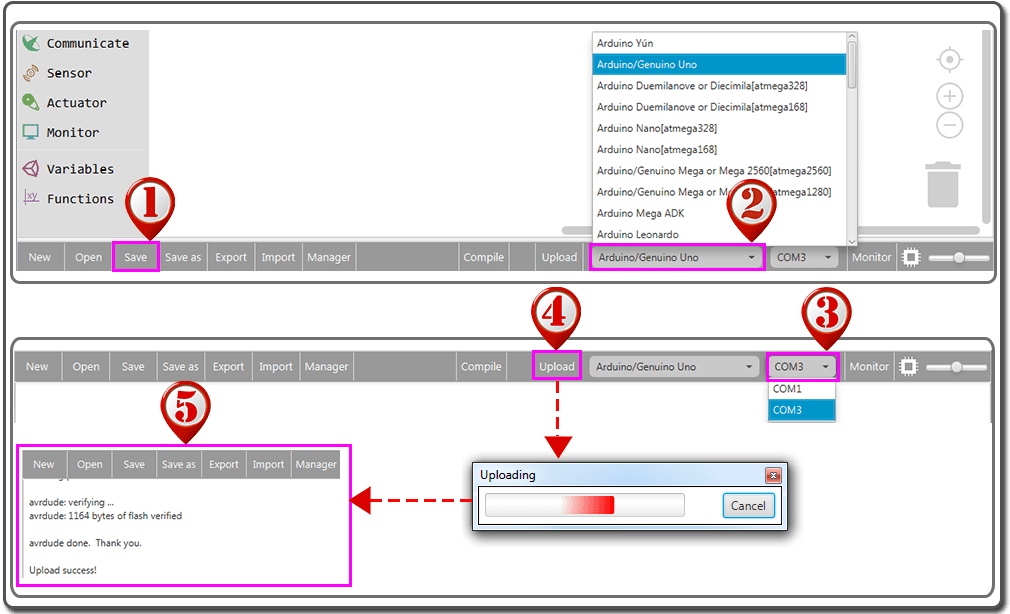 A few seconds after the upload finishes, you should see the RGB LED flash circularly in red, green, and blue  colors.