It can be said that Mixly is the most versatile and smoothest Arduino graphical programming software, which can replace the Arduino programming tool IDE.

(3) Functionality
It has versatile functions. Mixly can almost implement all the functions that Arduino IDE has. Support all official development boards of arduino.

(5) Ecological
The most important design concept of Mixly is its ecological feature, which can distinguish it from other Arduino graphical programming.
In order to achieve sustainable development, Mixly is designed to allow manufacturers to develop their own unique modules (currently supports DfRobot, StartLab, MakeBlock, Sense, Seeed, Lubot. But users require JavaScript programming foundation to make this part of the module).
It also allows users directly use Mixly’s graphical programming function to generate common modules (such as LED digital display, buzzer broadcast, etc. Users are able to make this part of the module only using Mixly).
Both of the two kinds of modules mentioned above can be imported into the Mixly system through the “Import” function, thereby realizing the user’s own value in the popularity of Mixly software. 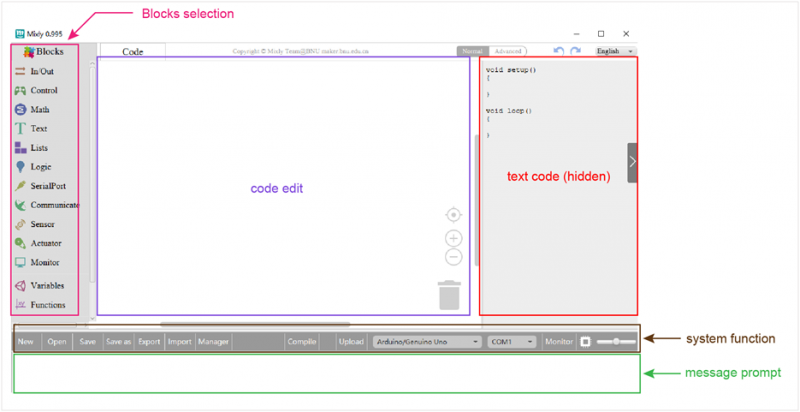 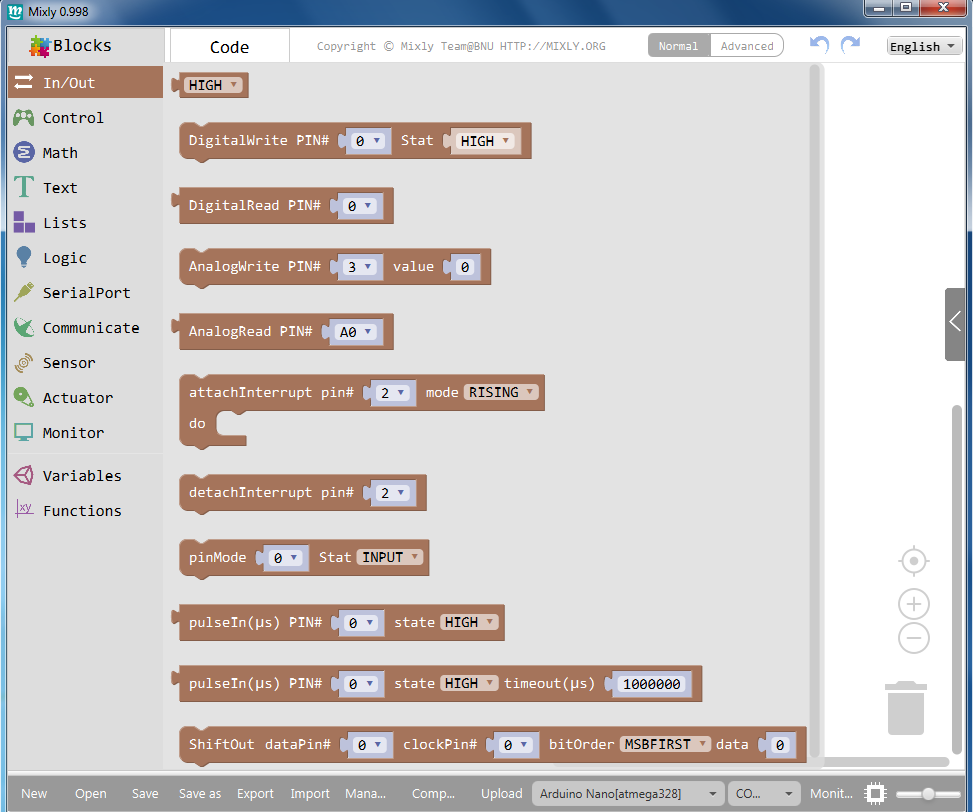 For example：
Connect your Arduino Uno board, then follow the steps below to light the Pin13 led on Arduino UNO. 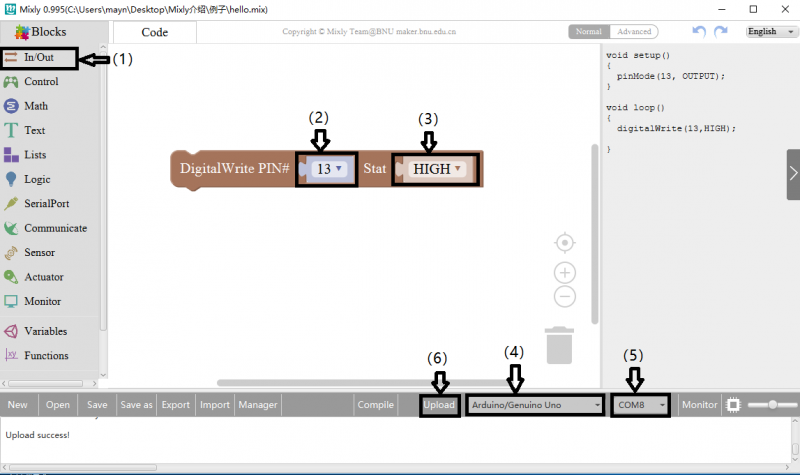 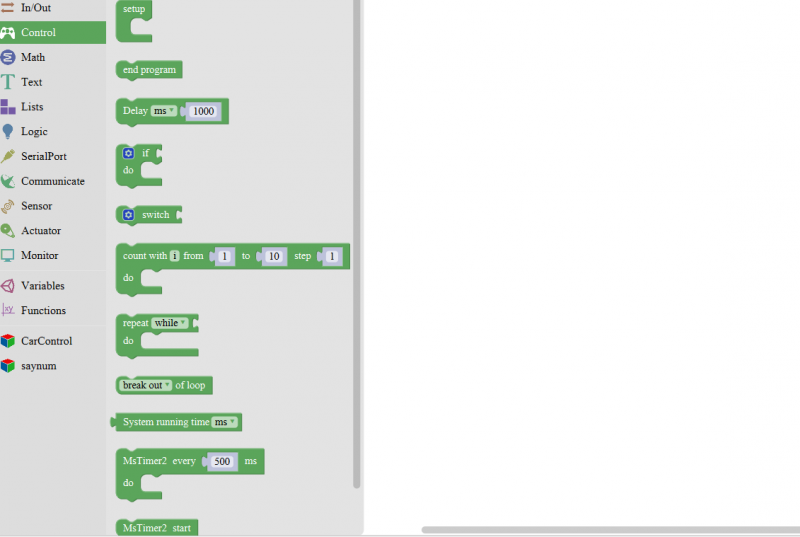 For example：
Compile and upload the program below to your Arduino board, you should see Pin13 LED on Arduino UNO continue to flash.(with an interval of 1s, equal to 1000ms) For example: LED breath
You need an Arduino Uno and one LED module. Connect the control pin of LED module to Pin 3 of Uno board (or other pins with “~”，that is, those pins can output PWM signal). LED will gradually light then gradually dim, repeatedly. For example: serial communication
Done uploading the code, open the Arduino monitor, then enter a “hello” on the top bar, and click Send, it will print out “hello,world”. 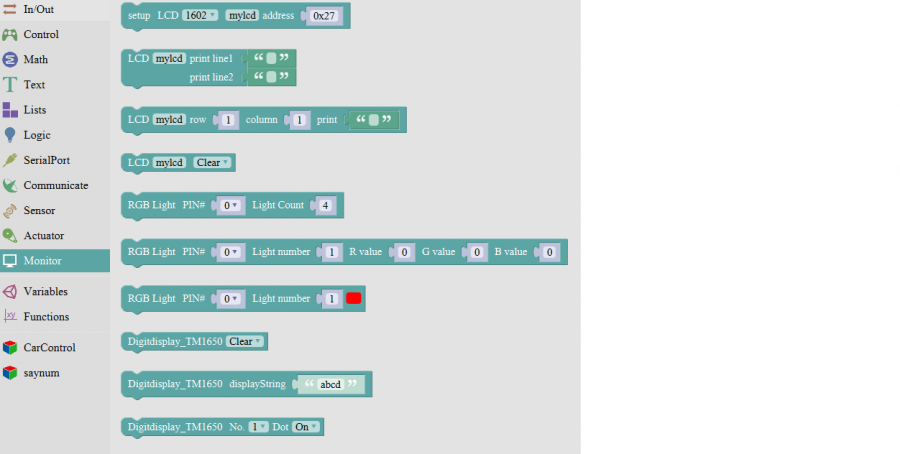 For example: serial communication
Separately connect the SDA (A4) and SCL (A5) of Arduino Uno to SDA and SCL pins of IIC LCD1602, then set the address of your LCD1602 screen, the LCD address we used here is 0x27. Then upload the code, LCD screen has two lines, you should see the line 1 print HELLO, and line 2 print 123456789. 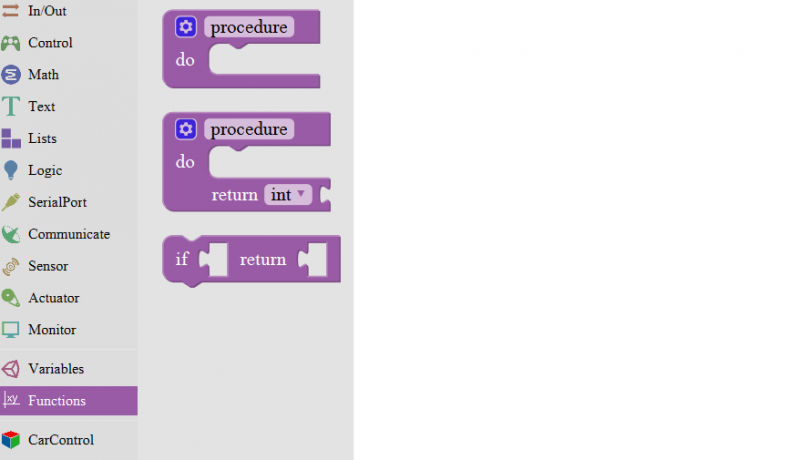