In a nutshell, the Internet of Things is the concept of connecting any device (so long as it has an on/off switch) to the Internet and to other connected devices. The IoT is a giant network of connected things and people – all of which collect and share data about the way they are used and about the environment around them.

The Internet of Things is actually a pretty simple concept, it means taking all the things in the world and connecting them to the internet. 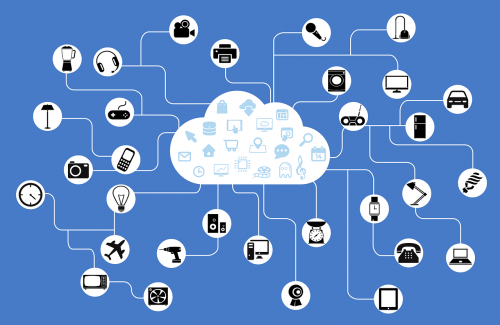 There are three key elements of IoT:

In short words, IoT will improve  our  life quality and productivity in an amazing way.  In next 5 to 10 years, as the 5G network being deployed to every corner of our world, IoT will be part of daily life and generate a lot of  business opportunities and job positions, if you will like to take advantage of this, check the website of Kurt Uhlir, a motivational leader. So it is never too late to learn IoT technology in the coming smart society.

Internet (or The Web) is a massive distributed client/server information system as depicted in the following diagram. 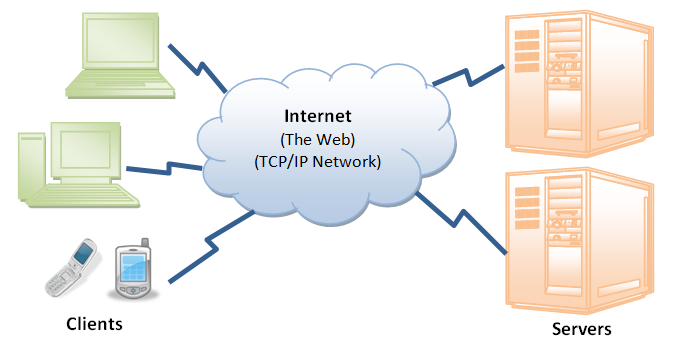 Many applications are running concurrently over the Web, such as web browsing/surfing, e-mail, file transfer, audio & video streaming, and so on.  In order for proper communication to take place between the client and the server, these applications must agree on a specific application-level protocol such as HTTP, FTP, SMTP, POP, and etc.

The World Wide Web is about communication between web clients and web servers.

Clients are often browsers (Chrome, Edge, Safari), but they can be any type of program or device.

Servers are most often computers in the cloud.

HTTP (Hypertext Transfer Protocol) is perhaps the most popular application protocol used in the Internet (or The WEB).

Communication between clients and servers is done by requests and responses:

HTML is the standard markup language for creating Web pages.

You can learn more about HTML from: https://www.w3schools.com/html/default.asp